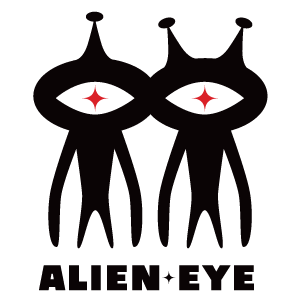 The first in a series of posts describing my experiences running hybrid creative businesses in Japan.

I spent my first two years in Japan working in Ogilvy, an international advertising agency, as part of the WPP Marketing Fellowship Program, a 3 year program sponsored by Ogilvy’s parent company and global marcomms goliath WPP Ltd. I spent my first year in Ogilvy London, and then persuaded my mentor on the program to let me transfer to Tokyo. Half way through my second year in Japan I had decided to set up my own company when my 3 years ran up. That company was Alien-Eye, founded in October 2004.

There were 3 main reasons I needed to get out and do my own thing, despite all the smart people I got to work with: i) I did not feel I was getting enough exposure to Japanese language and culture in the relative comfort of an international agency; ii) I was of the “digital generation” and saw the web and mobile as my medium, but I could see that things were not moving quickly in that direction where I was at; and iii) I fancied being my own boss, and taking on the significant challenge of being foreign entrepreneur in Japan.

As is always the case when you look back, I can see now I was totally naive and had I known what I was letting myself in for I might well have thought twice. But thank goodness no one tells you how tough it’s going to be.

Having got into making documentary “ethnographic” videos at Ogilvy in London, making videos became my primary route for exploring Japanese culture, and I was actively searching for a film maker who I could partner with, ideally one who could speak Japanese.

When I met my co-founder at Alien-Eye, Dicky Chalmers, he was already making movies in Japan, creative shorts mainly, and could speak Japanese having come to Japan on a Japanese language scholarship. By coincidence contemporaries at Oxford University, we found ourselves similarly committed to speaking Japanese like natives, and desperate to get into the cultural mix, and we were not afraid of working hard to get there.

Despite the overlaps, we were though very different, and thank goodness. Dicky was always more about artistic movies, “the lies that show us the truth” as Picasso once described art. I have always been better at more direct ways of telling the truth, and although aspired to being “a creator” at that time through documentary, I have since accepted being an inventive strategist, inspiring a creative process and everything that comes with being an entrepreneur.

Looking back neither of us had any sense for nor interest in “business” at that point, and to his absolute credit, Dicky still has little interest in business, although he has plenty more sense for it now, having worked as a successful commercial director in Asia for more than a decade now. Together we set about making cool, interesting, funny, beautiful, enlightening videos. Basically anything we could persuade someone to pay for, and a lot of other ideas we could not. In a way the medium of video was our platform of hacking into Japanese culture, and our tools were the desktop editing software from Adobe, Apple and the increasingly powerful but just about affordable desktops themselves.

As teenagers is the 90’s and brought up visually on, among other things, MTV and MTV idents (the interstitial animations or short clips between videos or segments on MTV), British comedy TV, and western cinema, we were keen to express our alien-perspectives through this medium on Japan’s own “edgy” music shows, not least MTV itself. As creators we were welcomed warmly, but our ideas were never picked up. Although praised for being ‘omoshiroi’ (original/funny), invariably they would fail on one very Japanese criteria: “is there a chance this might offend someone?”

We could understand this attitude from a state broadcaster with a government remit, but for a supposedly cool music station with about 0.1% of the national TV audience, it seemed absurd. We took an important lesson away: relative to the UK, almost all Japanese employees, however small, think a bit like a civil servant in a patriarchal regime, and are risk averse with it.

Harder to accept, but probably more important for us to understand, was the fact that there is little appetite in Japan for the type of satirical humour we were brought up on and wanted to make. We would have to adapt our approach, we realised.

We did not read the media landscape very well either. In 2002, the last year I was in the UK, being trained as a strategic planner at the advertising agency Ogilvy & Mather London on the first year of the WPP graduate program, entertainment on the PC web was becoming mainstream, people could access content from their office workstations, and viral videos shared by email were all the rage. Surely this culture would come to Japan, and we could catch the wave?

With Japan’s more conservative office environments, but world-leading 3G mobile connectivity, we figured that rather than PC, it would be mobile where a grass roots creative video culture would spring up. Around 2004 the ground was ripe for a Japanese mobile YouTube-like platform to burst up from the roots. Remember YouTube was not around at this point, even in the US. But in Japan there was a dedicated core of Flash animators and developers making wacky stuff online, waiting for a legitimate platform to embrace them, a mobile carrier with most of Japan’s students and 20-somethings downloading content at speeds that would still today put all countries bar Korea to shame.

But it was not to be. Instead of establishing an open creative space for video with open-standard media formats for the creators to not have to worry about, and set up a set of tools for them to promote their work, said mobile carrier did the opposite. They released a proprietary video codec that required the creator to purchase the encoder for several thousand dollars, and made sure that nothing that was not created by one of their “official partners” could ever get found. In short they locked it down as a medium, and of course nothing interesting happened there. Unfortunately “locked down” is the norm for Japan’s home-grown media platforms. Another lesson was learned. We turned our attention back to the PC web.

About that time we were introduced to a sociology post grad to play the part of a Mifune-esque samurai in a cheesy corporate video for a Swedish packaging company (anything for rent money!). After we finished the shoot we got talking and it turned out he was writing his thesis on Japan’s web culture.

He summed it up very neatly. Japanese society is very polite on the surface, but that does not mean no one has unkind thoughts about other people. They cannot say them in public, so they write them online. The free Japanese web was effectively a gutter for the collective psyche. 2chan (pronounced “nee-chan”) was a giant of the early Japanese internet. Effectively a sprawling nexus of chat boards, this was where employees slagged off their bosses, vicious rumours about celebrities propagated, and greedy politicians for the bashing they deserved. Although fascinating, this was not something to put at the centre of a business model pivot.

If mobile was locked down by the greedy carriers, and PC culture was either Microsoft Office or an anonymous dirty gossip platform, where should we ply our trade? With no steady creative jobs and no sign of a medium to call our own, we were demoralised to say the least…

The second chapter in this series can now be read here: Becoming a creative hybrid – Tokyo memoirs chapter 2: 2005~2006