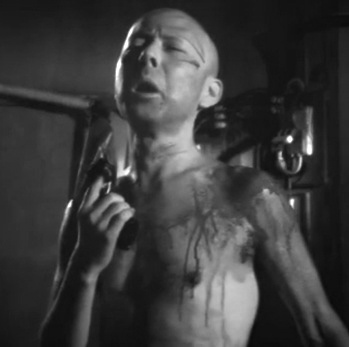 The third post in my “becoming a creative hybrid memoirs” series, describing my experiences growing a hybrid creative company in Tokyo which I co-founded in 2004. This chapter covers the middle of 2007 when we ran a run away hit campaign that was a “culture hack” on Mixi’s burgeoning social platform that played off mainstream media and Hollywood icons by creating a novel Hollywood x Web creative hybrid space.

By the start of 2007 we were starting to get on a role, and then in the spring of that year came our big break: a pitch for a campaign to promote a high profile Hollywood movie Die Hard 4.0, the 4th of the hugely successful series. The brief was as open as you could hope for, maybe too open: create massive buzz leading up to the Japan premier event which would be attended by the film’s main star, Bruce Willis.

We thought long and hard. Although Mixi had dragged Japan’s social web out of the gutter, it was still the ‘alternative medium’ compared to TV, print and cinema. Its users felt it belonged to them, and that they were empowered to create their own second culture, which also commented on and reflected the culture of the mainstream media, and within which anti-hero cults could thrive. We noted the juxtaposition of this culture and its anti-heroes with the visiting Hollywood celebrity Bruce Willis, and his god-like status in Japan. How could we catalyse a mini phenomenon in this space?

The other new arrival on the scene at this time was YouTube. Although not Japanese, YouTube was adopted rapidly in Japan where the unrivaled upload and download internet speeds allowed for a seamless experience, even before YouTube was officially in Japan with a Japanese UI. Like any open creative space YouTube had spawned its own video genres, one of which was the homage video, where fans of a particular film would reenact their favourite scenes and share them with the community. My co-founder and lead video creator, Dicky Chalmers, was a keen observer of the homage video phenomenon, so when he stumbled across a laughably bad Japanese impersonator of Die Hard’s lead character “John McClain”, called “Puchi Bruce” (where Puchi, derived from the french “petit” implying diminutive or puny), the threads all came together.

We got hold of just enough budget to make 5 homage videos of the 5 most memorable scenes from Die Hard 1 ~ 3 casting Puchi Bruce in the John McClain role. Critical to the success of the campaign, and a point of contention with the client, was the sincerity with which these scenes were reenacted. Although the acting from the impersonator and the C-list foreign talent that we cast in the other roles was comically bad, we were adamant that it should always be sincere, without a hint of sarcasm as you might expect in the US or UK for instance. Executed in this way the films positioned Puchi as a genuine fan, not someone trying to get some cheap laughs and a little slice of fame, and hence allowed him to be endearing to Mixi’s users, someone who they want to get behind and turn into a puchi-celebrity.

By making the films look like the product of a group of die-hard fans of the series, faithfully recreating their favourite scenes, we were able to pass everything off as an unofficial movement unconnected to the film studio, which suited them perfectly since Bruce Willis could not abide impersonation. In this way the videos were proof of Puchi’s obsessed dedication as a die-hard fan of the series, qualities that Japan’s subcultures respect beyond all others.

We had one of our team, a former make-up artist who we had recruited not least for his big Mixi-footprint, ghost write a blog and a “MyMixi” account for Puchi which we popularised using various growth-hacking tricks that we had worked out using Mixi’s social mechanisms, both of which really took off. We hit the Mixi friend limit pretty quickly, and every update we put up garnered a chorus of well wishing comments. The blog too had got real traction, to the extent that shortly before the premier it became the #1 ranked talent blog in Japan.

All this buzz online did not go unnoticed by the mass media. Puchi got noticed by TV producers who invited him onto their variety shows with TV ratings of 9%, 10%, 12% of the nation. Puchi had hit the Big time, as it were. He would appear on the shows, do his hapless impersonation, as the studio guests collapsed in mirth around him, but the upcoming Die Hard 4.0 release was always noted of course, meaning the film was getting great publicity.

Although we had succeeded before in building a campaign strategy that played out over time, this was the first time we were able to craft a narrative along with it, the arc of which concluded with the premier event. The studio had separately run a campaign to invite 100 bloggers to attend the premier. We had built the impersonators persona around his dream to meet his hero face to face, the permier event representing his one and only chance. He (we) applied to the blogger lottery, but were rejected and then publicly approached the studio to be invited, but were rejected. The TV shows loved it. His fans on Mixi and on his blog reassured him that he was the real superstar. In the story arc of the anti-hero, the climax is rejection by the hero, and he was loved even more for it.

Reflecting on the relative astronomic success of this campaign we realized that while we employed numerous growth-hacker like technical tricks to propagate our content on Mixi and YouTube, the biggest factor in our success was a cultural hack: understanding how the subcultures of the web play off the mainstream, and vice versa, and how creating and nurturing characters within that can lead to social phenomena.

To this day as much as I am a student of the technology-based growth hacks as the web evolves, I still look to culture hacks to create game-changing growth effects, and within this unique personalities undergoing an archetypal transformation in full view of a curious audience work particularly well.