The  fifth post in my “becoming a creative hybrid memoirs” series, describing my experiences growing Alien-Eye, a hybrid creative company in Tokyo which I co-founded in 2004. This chapter covers a period from 2008~11 or so, and explains the success of a long running campaign that hacked into a rich vein of Japanese culture on behalf of an international technology brand.

Our next big endeavor led to our biggest “culture hack” to date, where we tapped into a deep furrow of Japanese entertainment culture, to rejuvenate a tiring brand in the Japanese market place, helping it reclaim top spot in an increasingly crowded market place. 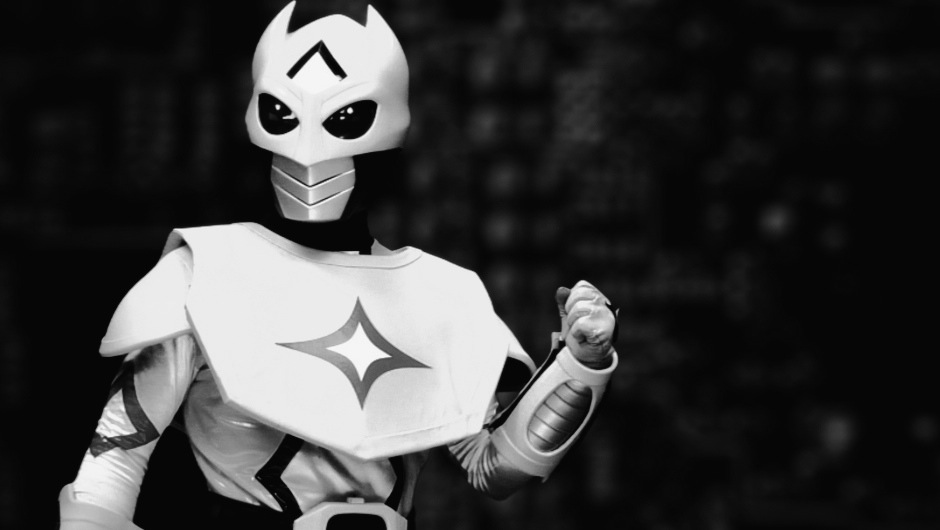 Norton Fighter was a product of hybrid culture

Norton, the security software company, had been a pioneer in the first mass era of personal computing, and had enjoyed a cash-cow business in Japan’s security-conscious market alongside the explosion of the Windows platform for over a decade.

However, by the time we were introduced to them at the end of 2007 it had found itself crowded in by local rivals with products that could claim to do the same thing (at least in the eyes of the average PC owner), and more agile, local marketing strategies, and their revenues were hurting as a result. Having previously relied on a combination of traditional media-based brand salience combined with boring descriptions of product functionality at the point of sale, they needed a communication platform that could capture attention and increase relevance with Japanese audiences.

Inspired by a smart and charismatic client, Anton van Deth, who believed that even security software could be a compelling product category, despite what most people including many in his own team, we set out to set up a totally new communication paradigm through which to engage consumers around Norton’s product benefits.

Combining with a team of local character designers led by one of Japan’s top character design and toy model gurus, Don Kratzer (fig-lab), and in cahoots with an awesome development team led by Vince Ota, we worked to develop a multi-channel campaign centred around a hero character that played off the hugely successful 1970’s Ultraman style TV  hero show genre called “tokusatsu”. Tokusatsu means “special effects” in Japanese because of all the latex costumes and pyro-technics the low budget TV shows used, and it provided a rich seam of stylistic references for our creative executions.

Starting as an stunt style event outside the World’s biggest electronics retail store in Akihabara, we quickly set about recasting Norton’s entire product efficacy communications within the good-versus-evil storytelling paradigm, broken up into an episodic structure. True to the original genre, a central superhero character was developed, “Norton Fighter”, who was a cross between a Japanese tokusatsu style “guy in a mask and lycra suit” with a more macho American comic hero like Captain America.

Also just like in the original TV shows behind the lead hero character was his scientist inventors. Together they fought against monster characters (think guys in crazy monster costumes) that were based on the hitherto intangible plethora of malware threats such as viruses, trojan horses, botnets and the like, we were able to create fun, compelling dramatizations of their product story in basically any communication touchpoint, from point of sale tools to online games, TV ads to OOH.

That was the strategy anyway, but it still had to be executed creatively and rolled out to channels, and done in a way that built credibility and relevance with local stakeholders and customers.

Key to the success of this roll out was engaging Japan’s influential ‘otaku’ community, the nerdy computer geeks who play a critical role in defining the credibility and reputation of computer related products. Largely oblivious to international brands and unaffected by mainstream media campaigns, this community had to be engaged on their own terms and on their own turf, and within a cultural space that resonated with them.

The answer was “hero-shows”, live shows that re-enact iconic battles between the heroes and monsters of the TV series, usually incorporating stylized fighting scenes and tokusatsu weaponry. Hence we began by running hero-shows outside the electronic stores in the districts of Tokyo and Osaka synonymous with the otaku culture, namely Akihabara and Osaka’s equivalent. For one event that created a lot of buzz online we combined the hero show with a otaku idol group, Marvel Parfait. All of these events were captured on video and seeded on Mixi and tech influencer blogs where they attracted some notoriety.

In concert with the events we shot mini-episodes depicting a battle between Norton Fighter and one of his arch enemies, in a style that paid homage to the original 70’s style with low-fi effects. Incidentally the first of these videos was picked up by the big American tech blogs like engadget and TechCrunch, marking the first time Norton had been featured in the new breed tech-news sites, with most commentators expressing surprise and delight that such a typically conservative tech brand like Norton was doing something interesting. This put us and our activities in the spotlight within Norton global, and meant that incremental budgets could keep flowing.

Paying homage to a genre

From a creative execution point of view, we were very conscious of the potential risk of playing with such a treasured creative genre, as tokusatsu is in Japan. Do it well, and the foreign brand can be embraced by local audiences unlike ever before. But if you fail to do justice to the local creative genre you will lose credibility not gain it, and risk rejection from those who were previously merely indifferent.

As an example of the attention to detail that was applied, Don, who led the development of the all-important monster characters, would call creative strategy meetings to decide on the names of these web villains. For instance, the Trojan Horse genre of internet threats was represented by a mechanical horse-like character named “mokubakuba”, and he laboriously researched monster characters from the original TV shows.

Similarly Dicky, my co-founder at Alien-Eye, and lead video director, knew he had to get lots of details in the videos just right and so watched over 100 hours of original 70’s hero shows before he felt confident enough to direct something that could fit into the genre. But at the same time we could not simply ape the original genre. We had to take it somewhere new, and we did this by building in the brand values of the American software brand, making the hero character much more buff and hulk-like than the Japanese heroes would be, and using contemporary video effects to complement some of the old analogue techniques we employed.

I will never forget visiting the studio of the craftsmen that developed Don’s team’s designs into larger-than-life latex wonders. These guys had been working on tokusatsu costumes for decades, and more recently scale models for sci-fi movies, so their studio was an Aladdin’s cave of the weird and wonderful. We spent large chunks of the budget on these costumes, and much of the story development that took place over several years was driven by the costume production timeline.

In another medium, Don transformed the typical product pamphlet placed in the point of sale into a reprise of a tokusatsu fan comic magazine. Here the dry-as-a-bone technical spec sheet was replaced by manga dramatisations of the videos, product benefit statements into character profiles, with Norton’s cutting edge security technologies called out as the latest weaponry developed by the science team.

Having established the credibility of the our hero character in this way, the campaign was extended to mainstream channels with TV commercials, OOH and station media, and even a 25m high inflatable balloon of the hero character that was placed outside Japan biggest gaming event Tokyo Game Show. The buzz and awareness this created shifted sales to the extent that the brand reclaimed the #1 share of the category spot from its local rival, despite being significantly outspent both in media and in the retail channel.

One of the most interesting factors within this was the fact that for the first time the shop clerks who work the software floors of the big electronics chains, who are very much affected by what is being written in the otaku forums and blogs, started talking to customers about the hero character and explaining the campaign to them, being advocates for the brand for the first time.

Daring to be original

As we learned in many other ambitious campaigns we took on as well, effects like this showed us that if you set out to do something original and do it with creative honesty and integrity, all kinds of positive secondary effects spring up that you would never have been able to imagine at the outset and which help you make it a success. “You make your own luck” as they say.

And also as with other campaigns where we broke new ground in Japan, we started to see other brands with more money referencing our work, trying to come up with their own “culture hack” approach to gaining notoriety in Japan, not least Nike with their Akiba x tokusatsu viral, which actually seemed to get more attention outside of Japan. That may have been the intention from the start, since Japan’s culture has so much depth and authenticity to tap into, this too would be a valid strategy.

In the lecture series I have run on growth hacking since we wrapped up this multi-year break through campaign I reference it as an example of the culture hack as a way of gaining brand notoriety and scale. Technology brands tend to be obsessed with technology hacks for growth, and they should be. But they often forget that ideas are still more scalable than technologies, and that brands can leverage cultural genre in order to make themselves more accessible and interesting. With ever-growing competition among online services in particular, brands that can hack into an existing culture and create something novel out of it can enjoy very powerful effects.