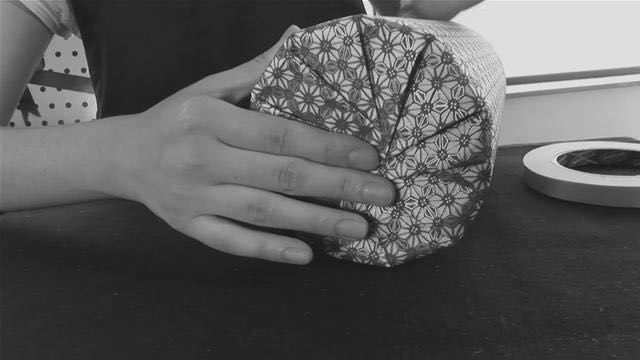 A cylindrical gift is wrapped beautifully in a Japanese department store

Japan has, I believe, a good image for customer service and I have certainly had numerous conversations over the years with foreigners visiting Japan who have been blown away by the attention to detail, courtesy as well as genuine human kindness.

Some of the traditions that set Japan apart are things like beautiful and meticulous gift wrapping in retail stores, similarly delicate presentation of food in restaurants, cleanliness in general,  things running on time, and on a higher level safety and reliability.

At the same time I have heard many anecdotes, mostly from foreign residents in Japan, but also sometimes from visitors, telling of mind bogglingly annoying treatment.

What’s going on here? Is this another one of Japan’s “contradictions”?

This topic will get very cloudy very quickly if I do not focus it a bit more. Some of the examples I mentioned in the first paragraph are intertwined with public service investment policy and regulation that I am not qualified to go into. What I want to focus on instead, even though I am not exactly qualified in this area either, is the human end of it. People delivering customer service. Even with this focus the threads of arguments can quickly get intertwined with more complex national issues like how the education system works, but I will try to steer away from too many sweeping generalisations.

There is an ever so slightly derogatory Japanese word for theorising about Japanese people and what makes them different. It is called NIHON-JIN-RON, and in general I try to steer clear from it, since there is so much tripe written in the genre, and it can get borderline racist. In this case though I need to flirt with it in order to get anywhere near the heart of the question, and besides Japanese people actually love it when they hear that they are different and unique. I apologise in advance for any offence caused and would welcome being put right in public e.g. via my twitter account @jameshollow.

Apologies done, first of all let’s try to define the right conditions that can deliver the ultimate in customer service. I would argue the following ingredients are key:
– rigorous training regime based on high standards
– staff with pride in their work, want to do their bit
– knows their company / product really well
– access to personal information (either their own memory or access to data)
– empowered individuals, prepared to make own decisions
– creative / think on their feet to work out bespoke approach
– empowered to work around / bend rules if circumstances demand

I suspect that the first 3 conditions are met more often in Japan than say my native UK, hence people’s pleasant surprise in general with service quality when they come and stay here. Overall I suspect the average level of care is higher.

In the same way that Japanese manufacturers have used detail-oriented management processes to constantly improve quality and reliability, so service brands have applied similar practices to hone their care, and hence general standards of care and support are high. A first hand example of this is the difference between JAL and BA cabin crew. You can share a joke in the galley far more readily with a BA crew member, but having flown with young kids on both airlines, the JAL crew were obviously trained on the essentials of caring for a family with young kids far better. There was no comparison.

I also believe that although not absolute, Japanese people are a little bit happier in a role that serves others, because it feels like they are doing their bit for society, and in Japan values are a little bit more tilted towards serving society than serving yourself.

For the 3rd point about knowing your product better, the more stable job market in Japan that meant people stayed with the same employer for longer may in the past have conferred an advantage here, but today with the contract working structure I am not sure there is anything to call out here other than perhaps training again.

I would though point out that training works both ways. Japanese people are used to absorbing lots of information from a young age, so their ability to suck up detailed product information and protocols may well be higher. I suspect they are less likely to challenge the principles behind them as well.

The last 3 criteria though explain why Japan often finds it hard to deliver really really special customer service, outside the family run hotels and restaurants where as owners the service providers are more empowered.

Japanese employees I would say are less empowered to make decisions for themselves, more afraid of the potential consequences of breaking the rules or doing something differently, and not just for themselves, (a type of thoughtfulness in itself, but one that may not help the individual guest they are serving), and hence unable to make people feel ultimately special.

Taking the UK as the counterpoint, I guess the first 3 criteria are on average less often met, but if they are the last 3 are more possible than in Japan.

America for its part is renowned for encouraging the extremes, serving up the best in the world and the worst in equal measure. The statistical Bell curves for most things tend to be broader in diverse America than the tighter clustering around the average in homogenous Japan, whether its for height, education standards or I suspect customer service.

Japan can deliver dire service too however, but I suspect it is of a slightly different kind, not rooted in pure sloppiness but instead in inflexibility. The relatively tighter training combined with the customer service provider’s frequent inability to think for themselves (while at work anyway) can lead to some terrible experiences, and I believe there is a particular type of fail that annoys us long term residents most because we know where it stems from.

A nice example I heard recently was from an Italian friend who runs a luxury watch importer. He was taking his extended family out to a restaurant, an Italian no less, as he concedes the Italian cuisine in Tokyo is pretty damn good. He had a booking from 7pm and arrived with his large group 5mins early in light rain. At the door he could see the empty table reserved and prepared for them, since it was the only one big enough to seat them. The waiter though would not let them in the door until 7pm, since that was when they booked from. My Italian friend was literally pulling his hair out as he recounted this experience, so I can only imagine the earful he gave the waiter. “If that happened in Italy, I tell you…” I doubt it made much difference though.

I have heard enough stories like this over the years now to have a label for them: “the does-not-compute fail”. It’s a bit like the frustrations you suffer when you present a slightly uncommon set of circumstances to any hard wired operating system, only the option of “wait and speak to the operator” is not available and even then escalation may be fruitless. It’s caused by the dutiful member of staff following a set of rules or regulations to the letter without feeling any sense of empowerment to interpret them in the spirit in which they were intended, or empathy with guest’s discomfort or frustration for that matter. Although you could also call it a failure of the training regime too.

It is not just in customer care that this trait can treat is head. I have heard from numerous sources, both anecdotally from friends working in the field and more officially in reports that the safety regime in the Fukushima Dai-ichi suffered from this kind of vulnerability, so the results of this kind of auto-piloting are not always trivial.

In the same way that it is certainly not true to say that western companies don’t get the training bit right, since many do, it is not true that no Japanese customer service professionals do not have the wherewithal or charisma to make things happen for their customers. Many do, but there a relatively fewer of them I bet.

Hybrid brand cultures as the ideal?

The interesting question is what happens when you blend corporate cultures and the different balances of personality types you get between Japan and other markets, as NISSAN and Renault have attempted to do with their alliance discussed here. I have also written before about the Japan hybrid at a cultural level in the context of the Japan x Brazil hybrid as being a particularly interesting one, but there are many more being explored today.

In fact this is something that Japanese service brands are exploring with increasing vigour as they finally dig into their enormous cash stock piles and expand their operations overseas, and threaten to steel the mantel of Japan Inc from the Japanese maker brands.

One notable area of service brands which were relatively quick of the blocks in this are the Japanese convenience store chains like 7eleven, Lawson and FamilyMart. They are applying their processes for training staff in customer service, also hygienic practices when serving food, areas which give them a competitive quality advantage in many Asia countries. Combined with best practices in logistics management and other infrastructure they are expanding rapidly in Asia, already boasting over 50k stores between them outside Japan.

Another brand trying to do something similar, only with a bit more fashion sense, is UNIQLO, the phenomenally successful Japanese fashion retailer, dubbed the ZARA of Japan. They have massive plans for growing out a chain of stores across the US and Europe, currently growing at 50% YoY, and have at the heart of their strategy, to complement their innovative fabric technologies, a Japanese level and style of in-store etiquette to charm their customers.

UNIQLO believes in this as a USP to such an extent that they are flying store managers from Europe and the US back to Japan to be trained in a Japanese store. The idea of handing a customer’s credit card back to them with two hands, a little bow and a “let me return your card madam” may sound old fashioned, but it might just be the next big thing in retailing.

Although manufacturing remains Japan’s biggest export, I expect to see more Japanese service brands picking up the slack. There is a lot of intent out there in M&A space to back this up, with the likes of Softbank, JapanPost, KuroNeko (Black Cat) logistics, RECRUIT and many more buying into foreign markets.

And of course Japan is now getting an influx of tourists like it has never seen before. Although the growth is coming from everywhere, the numbers are dominated by visitors from Taiwan, China, SE Asia and other Asian countries, so it will be challenged to show off its warm hearted neighbourliness like never before.