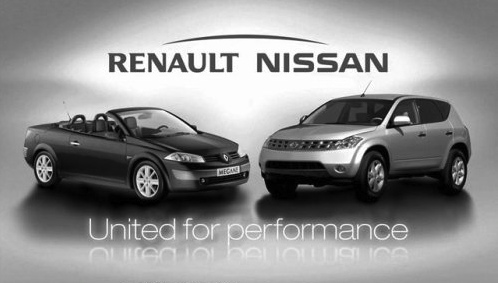 I predict that by 2020 the Renault-Nissan Alliance will have replaced Toyota as the #1 car maker. Already 8.1m units annually, or 1 in 10 cars sold globally come from the group, which was established in 1999 through an unprecedented cross-shareholding agreement, that left both sides of the alliance incentivised to help the other succeed, without the respective corporate and brand identities being consumed by the other. A key factor in the success of the group over the last decade has been the creation of successful hybrids of the two company’s strengths, where strengths are shared and weaknesses mitigated both ways. For instance, operationally the “Nissan Production Way” was adopted by Renault’s manufacturing facilities, leading to productivity gains of 15% on the French manufacturer’s production lines. Going the other way, in the same way that German makers have helped Toyota by supplying diesel engines for their European models, many of the Nissan cars and vans sold in Europe today have Renault-built diesel engines, helping Nissan become the biggest Japanese brand in many key markets in the continent.

Logistics is another key area of where hybrids of the two companies are paying dividends, working tightly together to create efficiencies across purchasing warehouses, shipping containers, shipping… In logistics alone the annual savings through collaboration amount to $300m. For the group as a whole the an enormous $2bn per year is estimated to have been saved in 2012 through collaboration.

The benefits of partnership do not just work on a global level, but also when they target strategic growth markets. In 2011 the Alliance launched a hybrid  “Brazil Offensive”, investing $1.8bn in local manufacturing facilities establishing a 200k unit annual capacity for Nissan, due to come online in 2014, and for Renault increased capacity to 380k units, a combined total of nearly 600k for this market that will soon become the World’s 3rd biggest overtaking Japan itself. In another BRIC market, Russia, where the group is targeting 40% market share as quickly as possible, the Renault-Nissan Alliance has taken a 67% controlling stake in the biggest local manufacturer AvtoVAZ, and together will expand local manufacturing capacity to 1.7 units annually by 2016. The move, which has been blessed by Putin, also brings the iconic Lada brand under the groups wing, adding it to the growing list of marks in its stable: Renault, Nissan, Infiniti, Dacia, Datsun, Renault Samsung Motors and now Lada.

In a globalised car marketplace where competition is increasingly intense, and car sales are often decided on the loan-purchase and warranty agreements rather than the uniqueness of the vehicles, the big players need all the operational efficiencies and economies of scale they can grab, and there is no doubt that deals as attractive as the AvtoVAZ one would not have been possible without the combined financial grunt of the Alliance behind them. But in such a market genuine technological leadership becomes even more important, as Toyota proved with their hybrid technology.

The Alliances biggest technology play has been the bold investment in electric vehicles, a move that would not have been a viable option without the combined financial strength, nor without the complementary R&D contributions of Renault and Nissan respectively. The Renault Nissan Alliance is leading plugin cars sales with 100,000 since 2010 and is deeply involved in building out the infrastructure to support an EV car culture in developed markets. Whether this will prove to give Renault-Nissan a decisive advantage in the race to the top is yet to be seen, but if EV adoption accelerates they are better placed than any.

If this partnership has been so successfully then why have not others followed suit? Actually they have. Similar deals have been struck between VW & Suzuki, GM and Peugeot and others, but none have been nearly as effective. Why is this? You could point towards Renault and Nissan’s relatively well matched scale and mutual strength, meaning that the relationship could not be too one sided, as was the case with VW and Suzuki’s failed alliance. However, back in 1999 Nissan were on the brink of bankruptcy, so a similar disparity might have evolved in the Renault Nissan Alliance too.

Carlos Ghosn, CEO of both companies and the Alliance itself used the metaphor of a marriage to explain its success:
“A couple does not assume a converged, single identity when they get married. Instead, they retain their own individuality and join to build a life together, united by shared interests and goals, each bringing something different to the union. In business, regardless of the industry, the most successful and enduring partnerships are those created with a respect for identity as the constant guiding principle.”
This mutual respect was reflected in the decision to retain the two distinct corporate HQs in Paris and Yokohama, but establishing a separate headquarters for the Alliance in Amsterdam, on neutral territory as it were, where the two sides can share ideas, technology and work on refining and developing new synergies and strategies.

I am not alone in thinking that at the heart of any innovative organisation is the diversity of its culture. Too many people thinking in the same way and accepted approaches get reinforced. But in hybrid teams everyone has to make an effort to empathise with and understand the alternative ways of thinking, and this leads to original thinking.

This sort of diversity does not have to come from different national cultures, but it is certainly one way of baking such diversity into an organisation. In an another post I speculated as to what would arise from a hybrid of Japanese and Brazilian cultures. In the same way I am intrigued to know how the Japanese and French cultures combine, albeit with many other nations blended in to the multi-national context. Just like all marriages, it probably is not all plane sailing, but if the willingness to make it work is there, then special things can happen. 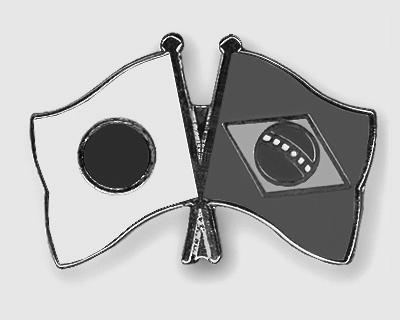 The value of cross cultural hybrids in catalysing innovation is especially relevant to Japan since its society and hence workforce is relatively homogeneous compared to say the US or the UK. In the context of an ageing demographic yet essentially healthy, capital-rich economy I expect many more Japanese corporations in other industries to instigate cross border alliances.

Having just overseen a merger between two companies, albeit on a somewhat smaller scale, I know from personal experience that it is the differences between two companies that implies the value of bringing them together, but you need cultural synergies to make it work, and someone who can understand both sides and so nurture the resulting union. In this sense much of the credit for the successful partnership must go to Carlos Ghosn, himself a Brazilian-Lebanese-French multilingual hybrid. His success in bringing Nissan back from the brink has made him a near cult figure in Japanese business, and perhaps one day he will sit on top of the world’s biggest car maker. Already though the world, not least Japan, has a lot to learn from his experiences.