In this article I try to unravel one of the marketing industry’s most enduring mysteries: why Japanese ad agencies have succeeded in holding on to such a dominant position in the Japanese market, despite all the efforts of the major global agency networks. I believe the answer lies in a fundamental difference between Japanese and western audiences and the models the agencies use to approach them.

I entered the advertising industry off the back of 4 years studying physics at Oxford University, so I was more than a little predisposed to reductionist theories. I was therefor relieved to find a rational framework for solving communication problems, loosely referred to as  the ‘account planning model’, being used in the planning departments of London’s agencies, and the agency networks globally. I was taken under the wing of a top strategist in Ogilvy London’s planning department, at that point one of the best strategy groups in town (it still could be for all I know). I also attended lectures at the Account Planning Group, and studied up on the award entry books which documented all of the shortlisted case studies. In short, I threw myself at this branch of the social sciences as if it were the next stage in my academic journey. 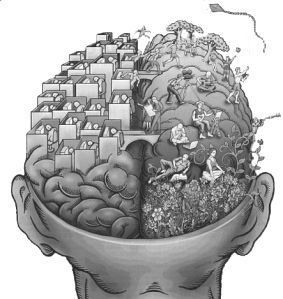 The account planning model first emerged from JWT London in the 1960’s and from there became the default paradigm for planning brand communications in the marketing empires that emanated from the UK, US and Europe. It is not designed to remove creativity from advertising, rather to impose structure and authority on an otherwise potentially chaotic and subjective process, and hence give these advertising agencies a process around which to scale up in a way that combines both business rationality and creativity.

By defining the creative task through a rational process, and then letting the best creative ideas compete with each other to be executed, the client can feel confident that the idea finally chosen is going to be the right one for her brand, right here, right now. It also gives the creative teams the freedom of a tight brief, as opposed a long rope with which to hang themselves.

The model goes something like this (with the role that takes the lead in each step shown in brackets):

It works because the worst that can happen is that the ad says the right thing but fails to get noticed much. When it goes really well, communications get made that jump off the medium and strike the viewers’ consciousness with a thwack and everyone involves gets to go to Cannes to pick up the awards.

Based around this model, western advertising agencies have colonised every developed economy and are well placed in developing ones too. Every one except that is for Japan, where they have captured a small sliver of a huge market and if anything are getting weaker at this point.

So what happened in Japan?

I have heard numerous explanations for this state of affairs, the most common being that local competition is so historically strong and immovable with local media monopolies, particularly DENTSU, that there is not shifting them; the challenge of hiring top talent as a foreign company in Japan (even though foreign companies in other industries manage it); nepotistic relationships between domestic brands and agencies…. There is some truth to all of these, but the argument that the Japan ad market is locked down by the incumbents can be easily refuted by observing that a big new player has sprung up in the last decade, reached #2 in terms of revenue scale, and continues to challenge the old media titans. It is very telling to look at how they did it, as I will do further down..

The real answer as to why the huge international networks have failed to capture much of the market in Japan, which I have never heard or seen written anywhere before, is this: the western advertising planning model does not work in Japan.

As eluded to above, Japan’s media and advertising industry is indeed dominated by old-school media in the shape of Dentsu and its old rivals. Their persistent strength is usually put down to the fact that they have long standing exclusive relationships with much of Japan’s biggest media properties, as well as old-boy-network-type relationships with Japan’s biggest ad budget spenders.

But Dentsu’s monopoly is based on access to celebrity, not media. This works because in Japan it is aesthetic novelty, rather than hit-you-on-the-head ideas, that will always win out when building brands, and celebrity is the easiest way to auction novelty to the highest bidder.

That’s 90% of the answer right there. But if you want the full context read on….

An audience wired a little differently

Brought up in an education paradigm that promotes detailed knowledge and skill acquisition as opposed to conceptual originality or critical thinking, communications that aim to get a rise from Japanese consumers on conceptual terms simply do not connect.

In contrast, advertising that presents and explores an incrementally novel aesthetic will gain notoriety in Japan.

In other words, it is not that Japanese culture is shallow. It is just that it is deep in a different way: aesthetically. Aesthetics for advertising in the broadest sense comprises language (copy), celebrity (talent), design (visual execution), and music (including TV ad jingles!).

Take the copy space as an example. Compared to alphabetic languages, Japanese, with its multiple layers of expression: Chinese characters, hiragana, katakana, and alphabet (in which Japanese words are often rendered to connote novelty) is a much more fertile and fast-evolving cultural realm in which to explore new ideas when compared to romanic language based cultures. Indeed, I have seen many campaigns that are driven by playing within this copy space alone, revealing simply a new way of writing a familiar idea.

But in Japan’s personality-centric culture, celebrities will always win out. And this works just fine for Dentsu since, compared to the other areas of potential aesthetic novelty, access to trending celebrity is a lot easier to control than all the others, and it is this that Dentsu has nailed as a business model.

In the west, as agencies vied with each other over producing creative novelty, forcing the division of media sales from strategic and creative services, the onus on the creative agencies was to create even more conceptual originality.

No such onus has ever impinged on Dentsu. In fact, the opposite is true.

When an agency handles competing brands as Dentsu does all the time, creating run-away successful campaigns based on creative novelty only serves to anger the competing brands, and increases their expectation and potential dissatisfaction in the future.

Instead, it is much easier to maintain control of both the market and client expectation by selling access to celebrities at a ranked pricing hierarchy. This is what Dentsu does, and knowing that they live and die by access to celebrity they will go to any extreme to capture and control their assets.

Today the company that threatens Dentsu most, having risen meteorically to #2 in Japan’s media landscape, is Cyber Agent, the web media goliath. They catapulted up off the back of Ameba, their social blogging platform that, far from being technologically innovative, rose to ascendance in the micro-blogging bubble of 2007~2010 by capturing celebrities. They hired a talent agency golden boy to woo the magazine fashion models, TV celebrities and in general old-world media celebrities onto their digital platform to write (or have ghost written) their celebrity blogs. This attracted both their fans and endorsements plus advertising revenues that come with it. So although an upstart, Cyber Agent really played Dentsu at their own game, only in a different media space.

As cynical as all this is, I do not want to leave the impression that there is no art in Japanese advertising.

Let’s take TVCMs for instance.To generalise, any ad that captures the aesthetic zeitgeist of the moment, usually dominated by the celebrity dimension in terms of the execution, but in the really brilliantly executed examples, all the other aesthetic layers also combine to create a consilient work of art, albeit one that would bemuse western-schooled critics.

An example that springs to mind is this BOSS Coffee ad (Suntory) from 2002. The diminutive J-Pop idol HAMASAKI Ayumi, the most expensive endorser of the early 2000’s, is dressed as a cow girl on a spaghetti western set, singing the Boss coffee song. Her petiteness is juxtaposed with the enormous frame of the Hawaiin sumo wrestler AKEBONO himself dressed as a cowboy, but singing in a cute and endearing manner. A samurai character, cast to resemble Mifune from Kurosawa’s classic samurai films of the 1950s that famously inspired the Spaghetti western genre of the same era in the US, is also reprised in this multilayered aesthetic cultural collage. Two nuns appear towards the end – they are the KANO sisters, who are far from innocent, so the nun outfits are likely an ironic touch to juxtapose the virginal AYUMI. 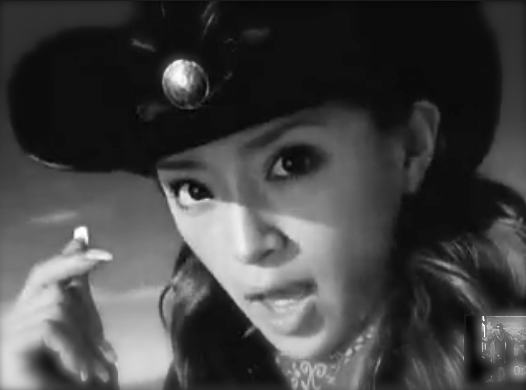 A typically novel TV ad with a top celebrity

Does anyone remember this ad today? Probably not, because it is not designed to be memorable, but rather to be of the moment and hence position BOSS as such, until the moment passes, and a new aesthetic is demanded.

Why would any westerner be inspired to work in such a market? Well, because it’s fascinating and infinitely challenging. Although we do not have access to the top domestic celebrities, there is a lot of scope for designing communications that do not conform to the talent cookie-cutter formula, not least when you get onto Japan’s diverse digital landscape. And talents come in many shapes and sizes in Japan, character-based communications are common too, and social media offer a different way of building credibility for brands. All in  all chipping away at the old model and at the same time exploring the depth of Japanese culture has provided a very interesting 11 years for me since I arrived in Japan for a supposed 1 year stint!